A family of four that was reported missing overnight has been found dead in Mexico. The bodies of Kevin, Amy, Sterling and Adrianna Sharp were discovered Friday inside a condominium, CBS Des Moines affiliate KCCI reports.

"Autopsies are being performed in Mexico and results are pending," the Creston Police Department said in a…

A boater who sailed from Charlotte County is missing.

He was last seen on Feb. 27 when he left Dry Tortugas en route to Key West.

Hartman is sailing by himself on his 31-foot 1970 Kenner Sailboat that is blue and white. Its registration number is FL3831SK.

Search Underway for 3 Italians Detained by Mexican Police in Jalisco

Authorities are investigating the disappearance of three Italians who went missing after they were detained by police at a petrol station in Tecalitlán, Jalisco, on the Jan. 31. Friends and family marched in Naples, "demanding answers from the Mexican government."

The three men have been identified as Raffaele Russo, 60; his son Antonio Russo, 25, and his nephew Vincenzo Cimmino,…

On March 1, undetonated explosive devices were found by Mexican law enforcement on a tourist ferry that operates between Cozumel-Playa del Carmen, Mexico.  On February 21, an explosive device detonated on a tourist ferry in Playa del Carmen resulting in injuries, including to U.S. citizens.  U.S. Government employees are prohibited from using all tourist ferries on this route until further notice.  Mexican and U.S. law enforcement continue to investigate.…

My Child Is Missing Abroad: What Do I Do Now?

Having a family member suddenly go missing is a terrifying experience; having this happen while your loved one is traveling in a foreign country compounds the fear with myriad complications.

What do you do when you get the phone call? Or, worse, when there is no call; when your traveling child or sibling or parent or friend, who has been diligently staying in touch throughout his or her trip, suddenly falls silent?…

The U.S. government has issued more crime warnings for the Bahamas than for all locations in the Caribbean. If you’re planning on going to a country with a Level-4 warning, the U.S State Department suggests you draft your will and plan your funeral ahead of time.

It’s all part of their new system of travel advisories that rolled out on January 10, which ranks places on a scale of one to four with a corresponding color code.…

19 U.S. Visitors to Cuba Report Symptoms Similar to Those Suffered by Diplomats

Nineteen American citizens have reported symptoms similar to those suffered by U.S. diplomats who had been identified as victims of alleged attacks in Cuba.

Jamaica Travel Advisories: What You Need to Know

Several countries, including the U.S., have issued travel warnings in the wake of a spate of violent crimes in Jamaica. The warnings come after a series of violent incidents, including one in which a Canadian couple was…

Five states in Mexico now have the sternest "do not travel" advisories under a revamped U.S. State Department system, putting them on the same level as war-torn countries like Syria, Afghanistan, Yemen and Somalia. The five states are Tamaulipas on the U.S. border and Sinaloa, Colima, Michoacan and Guerrero on the Pacific coast. All the states are hotspots of drug…

Mexico posted its highest homicide rate in decades, with the government reporting Sunday there were 29,168 murders in 2017, a 27 percent increase over 2016.

The number is the highest since comparable records began being kept in 1997 and is also higher than the peak year of Mexico’s drug war in 2011, when there were 27,213 killings. The Interior Department, which posted…

Erica Alvarado Salinas, 26, Alex Alvarado, 22, and Jose Angel Alvarado, 21, all U.S. citizens, disappeared in 2014 while visiting their father in El Control, a small town near Matamoros, a Mexican city in the dangerous state of Tamaulipas, across the border from Brownsville,…

The U.S. State Department issued a travel advisory for Belize on Wednesday, January 10, warning American citizens to exercise caution when in the country. The advisory states that violent crime, such as sexual assault, armed robbery, and murder are common in Belize and local police lack the resources to respond effectively to serious criminal incidents.…

Maligning the Missing, Murdered, Injured, Victimized, and Their Families

The moment an American or other foreigner comes to harm in an exotic locale, the first response of "community activists" is to undermine his/her story, to declare them unfit for public sympathy and their families unworthy of compassion and voluntary support.

My brother was alternately declared a CIA agent and a narco trafficker because, 72 hours too late to be helpful, we were able to get U.S. aircraft launched to assist in the search for him off the island of…

Costa Rica recorded its highest-ever annual murder rate in 2017, authorities said this week, blaming score-settling between gangs and drug trafficking for the rise.

The nation of about five million people, still considered one of the safest relative to others in Central America, saw 603 homicides last year, according to preliminary data from the police service responsible for investigating them. That works out to a rate of 12.1 murders per 100,000 inhabitants.

In May of 2014 my step-daughter left the US to go to Mexico to be with an abusive boyfriend.  I didn't realize she was gone (I was recovering from bilateral hip replacement) until August when I couldn't contact her for weeks and weeks.  I stopped by her place and ultimately called the police to do a "wellness check" on her.  This is when I learned that she had left with her two daughters ages 2 1/2 and 5.

Ryan Messerschmidt, from Wisconsin, was tortured, stabbed and beaten -- attacked while on vacation in Costa Rica. He'd been missing for days, but his family has received word that he's alive. However, they said they're not convinced he's safe.

Thank you to all who provided assistance, ideas, and resources for Ryan's family! 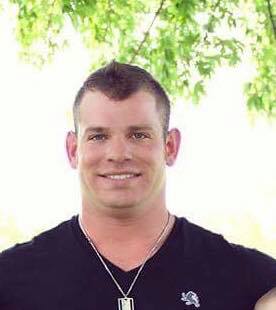 please follow the link above. My friends brother was traveling alone in Costa Rica. He is now missing. She was sent a picture of him bloody and beaten and what she hopes is unconscious. However, all leads as to where he is have been dead ends. Trying to get the word out. Update: he has been found and was able to speak to his family. He was badly…