"Denver resident continues to search for her father..." by James Dz...

This article, published in Boulder Weekly, provides a current and historical perspective on Panama, along with the Expat landscape for retirees like Bob Ehlert. It recaps how each of us can help by writing letters to Senate representatives and those on the Foreign Relations Committee to voice our concern for Bob's safety and the safety of all Americans in Panama.

Vice President Biden will be visiting the Republic of Panama in September to discuss the canal expansion project with President Martinelli. We are asking everyone to send a message to Vice President Biden via his online contact form to encourage him to address the topic of missing Americans while he is there. Your note can only be 2,500 characters so plan accordingly. Here is a link to the contact form and a sample letter that you can cut-and-paste or personalize as desired. Make sure you add your name at the end! Thank you for your continued support in our ongoing effort to search for Bob Ehlert.

Dear Vice President Biden: While visiting the Republic of Panama in September, please discuss the issue of missing Americans with authorities. I am writing to you on behalf of retired American citizen and Vietnam Veteran, Robert C. Ehlert (Bob), who has been missing since June 21, 2013, in Panama. Family and friends across the U.S. have been contacting their senate representatives to encourage increased efforts toward a missing person search for Bob. The FBI is now engaged to help Panamanian authorities with local search efforts but they can only work in a limited capacity with Panama police. Bob’s disappearance, without a trace, is similar to many cases that do not end well or become long forgotten cold cases. Please use your visit to help clear a path for the FBI to take the lead on this and future searches in that region for missing Americans. We are deeply concerned for Bob’s safety and for the safety of all Americans who visit or live in Central America under the false pretense that it is safe. Opening trade options through the canals also can enhance the opportunity for drug trafficking and other illegal activities. It’s important to take a tough-on-crime stand and express your desire to keep Americans safe. You can make a difference by streamlining search and engagement protocols for missing Americans, and also by publicizing issues on safety abroad more widely. Please take a stand on helping keep Americans safe while attempting to enhance our ability to compete in the global economy.

Just to clarify, while the woman is Bob's friend, we are still unsure as to who the man is.

The whole title of the TVN-2.com news report translated in the last post is "Disappearances of Foreign Retirees Becomes More Prevalent in Panama." This report by Massiel Arosemena aired in August. We will reference this and other reports as we urge government officials to assist more fully in search efforts for Bob and other missing Americans in Central America.

Following is the English translation of the news report that aired in August. Glicia and Dino, two of the people interviewed in the video, are Bob's close friends in Panama.

Nobody asks for a ransom; their private cars cannot be located anywhere, there is no record of money transfers or transactions, and according to immigration, they are still residing in Panama and have not left the country.

One of the victims is the American Robert Ehlert who disappeared from his apartment in San Francisco [a Central Neighborhood in Panama City] two months ago.

Glicia: On June 21 we found a note saying that he was going to Bocas del Toro to check out some real estate with a girl called Diana, whom we do not know.

Another element common in these cases is that the authorities show little interest in finding these people.

Glicia: Authorities have had little to report, and investigations have been rather slow. We've been really worried because nobody seems to have any information on his whereabouts.

Relatives of Robert Ehlert think it’s not too late to still find him.

Dino: We are very worried about his disappearance and we hope police will start moving faster with the investigation so that we are lucky in finding our friend Robert.

Another victim was Canadian Ed Moynan who disappeared from his home in Coronado last year. This case had a fatal outcome.

Man: The criminal investigations department did not help resolve our case. Thanks to the wife and the private investigators we were able to find his car and eventually we found his body.

A Minnesota newspaper featured an article on Bob's disappearance. Follow the link to view this article by Derrick Knutson online. Mariah has raised close to $5,000 to date to help support a private investigator. The family is hopeful that this will help get answers to many of the questions surrounding Bob's disappearance.

The FBI is continuing their investigation into Bob's disappearance, but they can only assist, not lead, local authorities in the Republic of Panama. Hiring a private investigator to follow up on some leads would help advance the local investigation. Bob's daughter, Mariah, is hoping that friends and family can help her fund this effort and she greatly appreciates the support!

New fundraising page set up to help find and bring home my dad: http://www.gofundme.com/findbob and a twitter account to stay updated: @MariEhlert Thank you.

Bob's daughter posted this photo on facebook so I thought I'd repost it here. It's a photo of handsome young cadet, Robert C. Ehlert, at St. Thomas Academy. 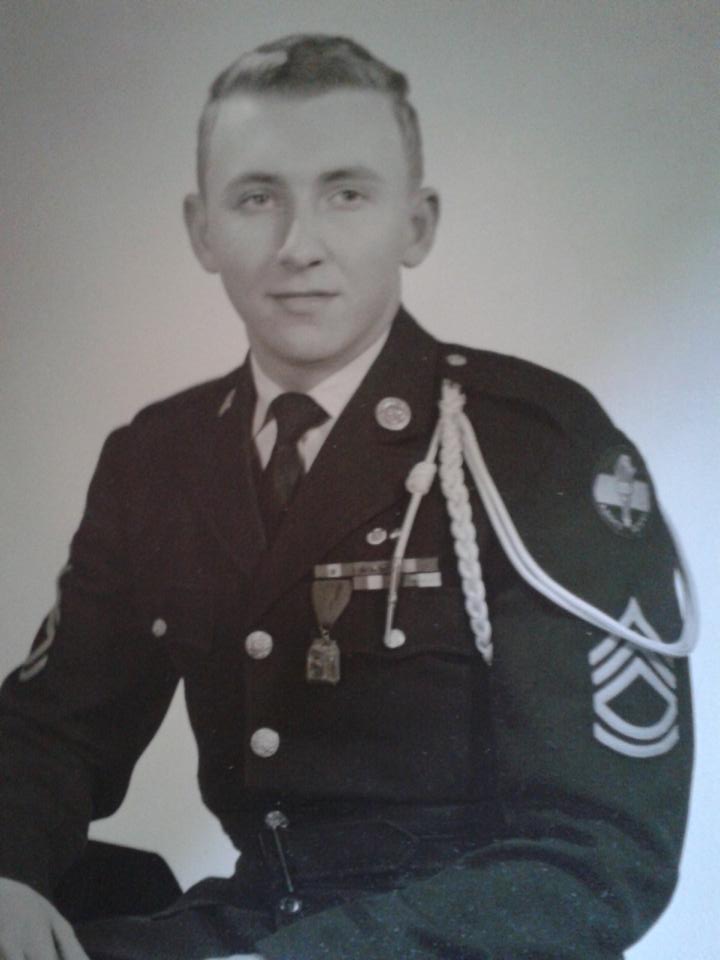