I have recently been asked to be the Honourary Representative for British Columbia for Canada Fights Human Trafficking.

A BIT ABOUT JESSIE'S CASE

Plus several stories at the end of March when we hit the 5 year mark of Jessie's disappearance. Here are some of them . . .

Kamloops This Week: Where is Jessie? Kamloops' Jessie Foster vanished from Vegas five years ago this week - http://tinyurl.com/wijkjfvfvfyatw.

Suspected Human Trafficking Victim Still Missing, mom has not given up -http://tinyurl.com/liswpjfhtv. 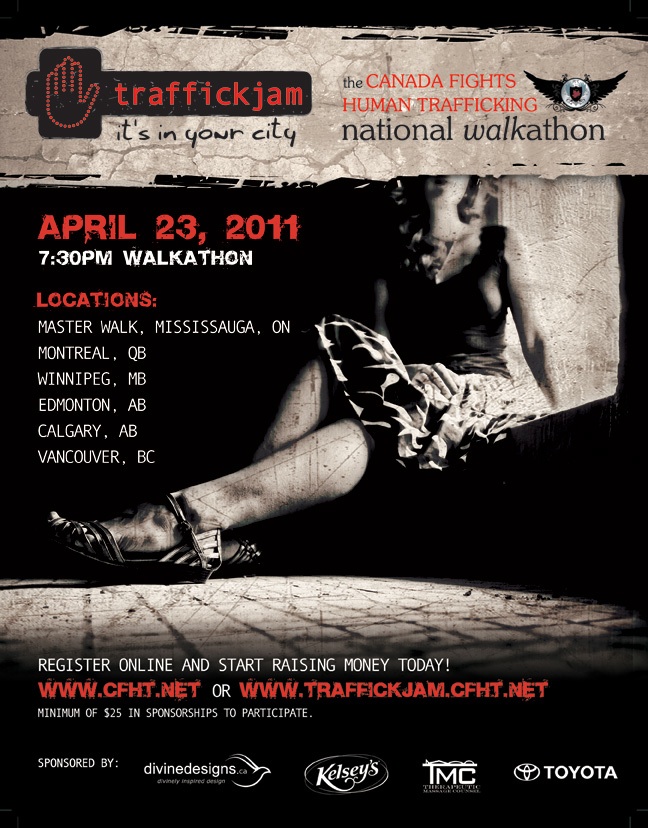 I NEED YOUR HELP

I have been asked by Canada Fights Human Trafficking to host the trafficjam walkathon (3 to 5 kms) on Saturday, April 23, 2011 at 7:00PM here in Kamloops.

I pledged $2,500 because that is how much it costs to save one human trafficking victim.

I am looking for help in advertising the upcoming event – put on by Canada Fights Human Trafficking in a city near you.

This is a national event, and it is also being held in other cities across Canada.

This is a family event, people are encouraged to bring their husbands, wives, children and friends.

We need to start and end at the same place – I was hoping to use the east end of the parking lot at Riverside (next to the coliseum).

I will need to put up a few tables for registration and water, which is being donated by Toyota around the country, and I am also contacting Mike McDonell from Pepsi here in Kamloops.

This is a 'sidewalk' walk, we will not require any areas to be cordoned off, and we will not need any police escorts.

The information is on the poster I am attaching, and you can contact CFHT at events@cfht.net or info@canadafightshumantrafficking.com or you can reply back to me at this email address.