Immigrant rights activist Hugo Castro was reported alive in Mexico City Tuesday, five days after he took to Facebook Live to say he feared for his safety, then went missing.

Castro's co-workers at the non-profit Border Angels said Castro had been visited by his partner, who confirmed that the 45-year-old was well, though receiving medical attention before returning to the United States.

A U.S. government official confirmed the reports that Castro had been located, but provided no additional details. 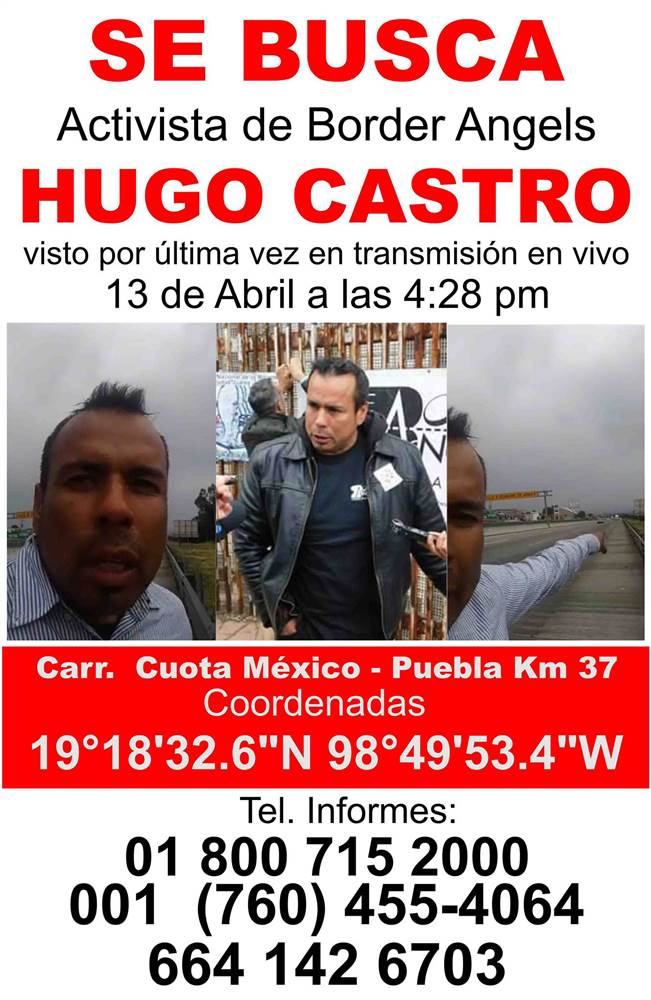